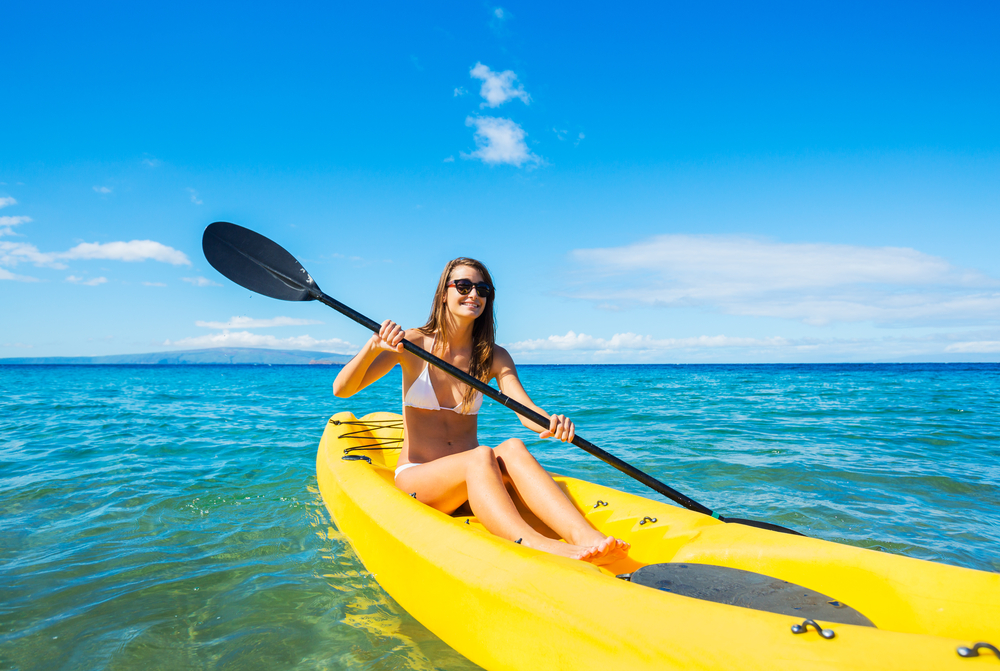 Kayak fishing is increasingly popular these days, and it´s no wonder why. Not only are kayaks cheaper than a big traditional boat - they allow you to get to many of those hard-to-reach fishing spots where the big boys swim. They can be rigged any way imaginable, and not only that - it´s FUN!

Having said that, it´s definitely a challenge. Why? Partly because it´s just plain different from fishing out of a boat. You’re closer to the water, slightly less stable, sitting down, and at the mercy of the wind and current – all factors that require a little different approach than fishing from a boat.

Learn to ´´Do The One Handed Paddle´´

Successful kayak angling requires skill in learning how to paddle with one hand. It goes without saying that paddling a kayak is a simple task with two hands, as the rhythm comes easily to even the greenest of newbie kayakers. But what do you do when you’re engaged in the fightof a lifetime with a fish with one hand, and you’ve got to steer yourwith the other to keep from going further out, or to avoid an obstacle? Practice locking the shaft of your paddle along a forearm, anchoring it against your arm. This allows you to use it more like a traditional canoe paddle.

Learn To Cast One Handed

This just may be the hardest part for ´´land lubber´´ fishermen who are accustomed to fishing from the shore, or a nice stable boat deck. Due to the fact that there isn´t much room between you and the water, casting two-handed is difficult. Experience has taught many kayak fishermen how to cast one handed the majority of the time, with either baitcasting or spinning tackle, so you´ll need to prepare your gear accordingly, opting for lighter bait options that can be skillfully flicked.

This might seem weird, but it´s surprising just how often experienced kayak fishermen seem to use their feet in some way while out on the water. If your boat is narrow enough, you can actually use them as rudders in some situations, and they work as great anchors when fishing rip rap, laydowns, and other shallow areas – simply stick a foot out and hold until you’re done fishing the spot.

Some baits, like crankbaits and spinnerbaits, can be used to help steer the boat. If you’re fishing a crankbait from a lightweight kayak, you’ll see soon enough that the resistance generated from reeling in will actually pull your boat in the direction you’re casting. Nefit from this, and you’re your casts count, aiming for the direction that will correct your kayak´s course.

Common sense says that it´s a nightmare to fish currents from a kayak, but that’s not actually the case – as long as you know how to exploit it, using it to your advantage. To maximize this, go past the spot you want to fish, then tuck into the eddy behind it, and fish until your heart’s content – without even having to paddle.

You have no items in your shopping cart.